I subscribe to the Washington Post, not because I read it that much (I don’t have much time for that), but because I think they do a good job of balanced journalism that warrants the few dollars the subscription costs. After all, journalists need to eat too. I strongly suggest you do the same for whatever press outlet you think does a good job.

While flipping through its pages today, I came accross a title that looked, wrong: “A NASA spacecraft circling the sub stumbled upon a trail of shooting stars”. Any geek worth their salt will see what’s wrong… 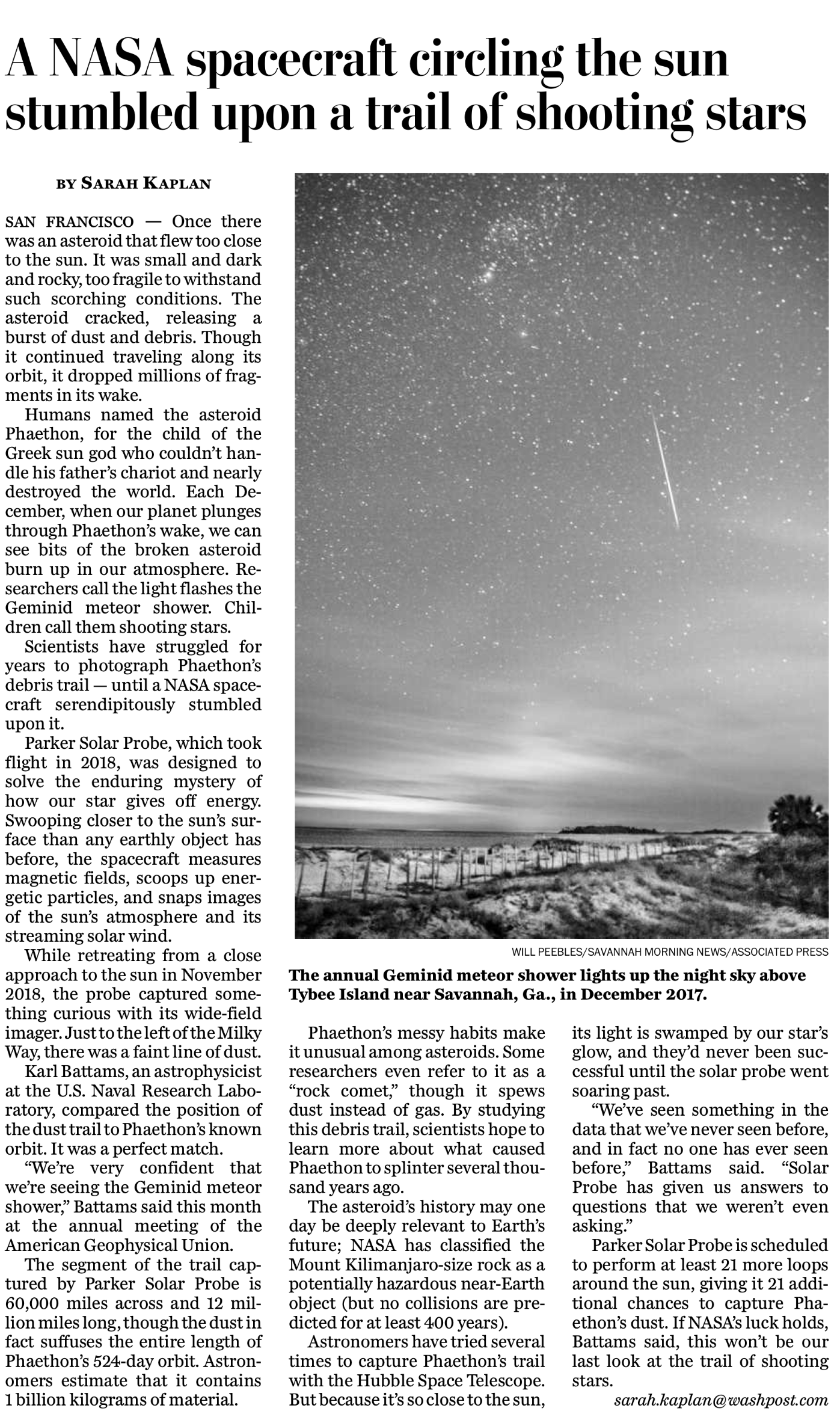 As I read the title, the main thing that didn’t parse well was the “trail of shooting stars” as seen from a spacecraft: shooting stars are a phenomenon that require an atmosphere to occur. Spacecraft don’t have atmospheres.

The article is remarkably well-written though, pulling in Greek mythology, astronomy and, importantly, being right in a roundabout way: the “trail of shooting stars” the space probe “stumbled upon” is the tail of an asteroid that the Earth passes through yearly.

Don’t take my word for it though: read it yourself here.